Many Guides for you!

are here for you, Book your Appointment Today! 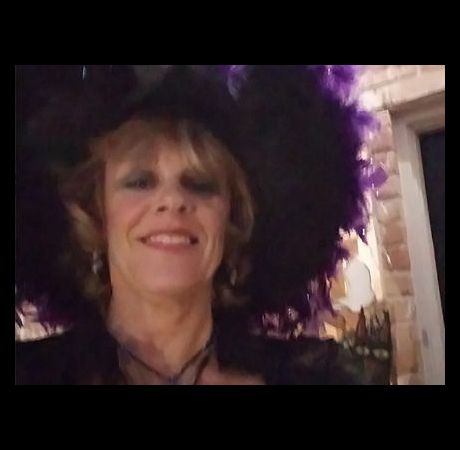 classes at Center Point Project in Feb. 1995. After mastering the essentials she started reading for clients at Marva Mason’s Monthly Psychic Fair. Encouraged by her successful

feedback she branched out to include  psychic fairs held at Center Point and Temples Gate. During the fall season she read at the renowned Texas Renaissance Festival in Plantersville, TX or what she refers to as “boot camp”. It was this event that propelled her into the spotlight as a mystic, astrologer, and psychic reader.

Shortly thereafter she appeared live on a Halloween Special broadcast. At Christmastime she was featured on a holiday spot for Time Warner Cable. On New Years Day she was on all of the local network stations while reading at Center Point’s Annual New Years Day Psychic Fair. In 2012 she was the Guest Star on the Lilly Roddy Show accurately predicting the Academy Award Winners for Best Actress and Actors as well as supporting roles.

Other stops along the way included psychic fairs in the Clear Lake, Bear Creek, Spring and Tomball areas. It was during this time that she mastered the Destiny/Birth/Love Cards to her multi-faceted readings. Since then she has added the Doreen Virtue collection to her repertoire. Fascinated by ghosts and the afterlife and has studied mediumship.

She became the House Reader for the Bliss Shop in the Memorial/Kirkwood Area in 2005.

Shortly thereafter she began reading at   First Saturday in the Heights  Artist Market and  iWear It Again Sam’s, and Cricket’s Creamery or her “Mystic of 19th Street” days.

In addition to fairs and festivals, she has become well known in the Houston Party Circuit. 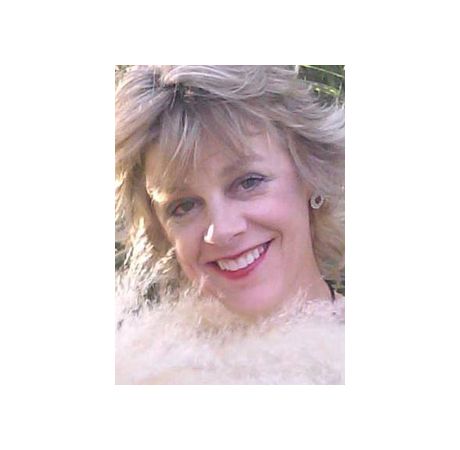 She received a national award in 2016 & 2017 Rising Star Award for Astrology. She is regularly hired by the Top Entertainment Agencies in Houston. Her most popular events are Halloween, Christmas, New Year’s, Mardi Gras,  High School Graduations, Birthday, corporate and social events. She was Talent Coordinator for Ronald McDonald for 10yrs.

In May 2015 she became the House Astrologer for Pixie’s Intent in the Westchase Area  where she is available for readings on Friday afternoons. Recently she was featured on Channel 39 for her insights into the Eclipses and Spirituality. Come out and see “Girl Friday”. 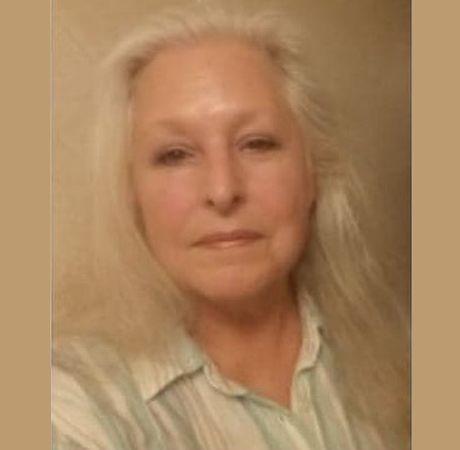 An Intuitive Medium is a life-long student/researcher, a Spiritual Teacher, and Guide. She has studied and received Certifications for a multitude of Healing Modalities, Herbalism, Aromatherapy, also for Law of Attraction, Hypnotism, and NLP, for Energy Clearing & similar practices. She has studied the Body Detective with Dr. Patrick Price, and the ancient Hawaiian Healing practice of Forgiveness, Ho'oponopono through Dr. Joe Vitale and Dr. Ihaleakala Hew Len. She has created magic through her hands of healing touch, massage therapy, and craniosacral therapy. As the creator of what she calls Aura Mapping, an artful tool of using pastels to capture the dynamics of one's Aura bodies, the energy fields, and centers of the body, she reads the story that lies within your Energetic Matrix. 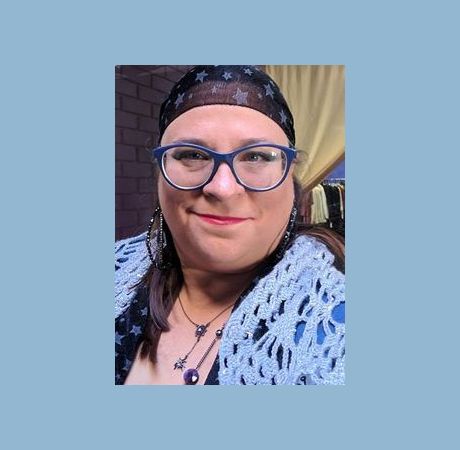 Beginning at the age of 16 with her first job at a fast food restaurant, Susanna has spent most of her 35-year career in some form of customer service.  Utilizing people skills learned from working in the restaurant industry, organizational and technological skills as an administrator in Corporate America, and pursuing a career change in graphic design has led her to discover a passion for Event Planning.  She has enjoyed bringing her passion to Pixie’s Intent since the summer of 2017.

A native of Atlanta, Georgia, Susanna has lived most of her life in Augusta, Georgia and Richmond, Virginia until she finally made it to Texas in November 2002.  She is mother to one human child and four fur-babies and Faerie Godmother to several.

When not playing at Pixie’s, Susanna hobbies include going to the movies, pursuing psychic and spiritual development, enjoying time with friends and spending time at the beach as often as she can.  She makes a mean Irish Cream Liqueur that “puts Bailey’s to shame!”. 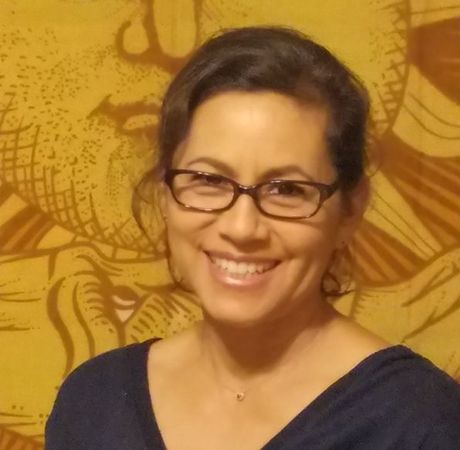 Yve offers two powerful and in-depth processes to bring clarity, direction and momentum to your goals and dreams. Great for individuals and groups!

Rapid Transformational Hypnosis.  Through this incredible hypnosis technique, created by Marisa Peer, discover what is really standing in your way of achieving the life you deserve.  Eliminate outdated and irrelevant beliefs and update belief systems to powerful, empowering truths to move you into your desired reality.  Reunite with your authentic self and personal power.  Remember your life purpose.  Discover what past life circumstances have followed you into this lifetime. And so much more!

Intuitive Coaching.  Yve will guide and facilitate your empowerment and move you toward what you intuitively know is best for you by delving into your inner knowing and wisdom and your subconscious mind combining various intuitive tools, including the tarot, with a powerful coaching process. She facilitates inner exploration to reveal the discovery of solutions, actions and possibilities to all of life’s challenging experiences by pulling out important information and triggering insights. Perfect and amazing for perceptive, creative, intuitive, receptive, and proactive people. This process is for you if you are ready to participate in the creation of your life, take responsibility for your choices and actions, and to reclaim your personal power.  Address life’s challenging experiences: relationship, career, living situation, health, financial, and more!

Yve has background in Psychology (University of Houston – Clear Lake) and is a certified Rapid Transformation Hypnosis Practitioner, a Certified Professional Coach (Institute for Professional Excellence in Coaching) and Health Coach (American Council on Exercise), as well as a Behavior Change Specialist (American Council on Exercise) and Intuitive Guide (Southwest Institute for the Healing Arts). 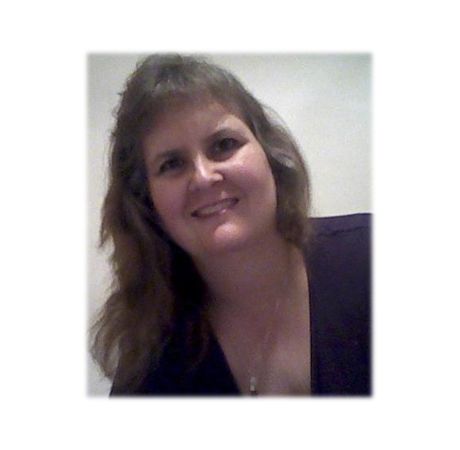 Marie has been an intuitive healer all of her life, and decided to pursue her healing work during high school, as a home health aide, and with the local veterinarian.  She obtained her Emergency Medical Technician in 1985, and remained current until 2006 when she let it expire. In 2000, she was approached about doing energy work by a fellow co-worker, and was given training in Quantum Touch level 1 practitioner. She continued to hone her skills in energy healing, incorporating crystals, oils and herbs.Marie decided to obtain her certificates in Reiki, as a practitioner, Teacher, and Master. She incorporates all of her energy modalities when she is working on a client, based on their particular need.

A recommendation for her healing work was to become an ordained Minister, which Marie did in 2010. Since then she uses her energy work on people, homes, and other spaces as requested. She has performed wedding ceremonies, Hand-fasting, memorial services and other cleric duties as requested.

Marie knew that she had the gift of intuition, and started doing tarot readings. She has been in practice for many years. She worked under the tutelage of Rhenna Shessho in Colorado for her tarot beginnings. Marie has read at Pixies Intent for several years. In addition to Tarot, she has incorporated essential oils to enhance the readings, by intuitively blending essential oils, based on what is uncovered in the reading and conversations with the client. She also uses different modalities of divination when working with clients such as pendulum, scrying, and oracle depending on the needs of the client. 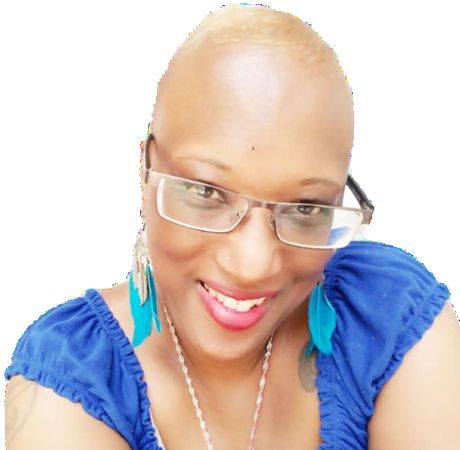 “Your spirit guides know what you need, even when you don’t.”
~ Anonymous

Psychic and Certified Holistic Healer
Contact her at (713) 598
1596 or k.carter2874@gmail.com to book your appointment.
“Your spirit guides know what you need, even when you don’t.”
~ Anonymous

Kim’s approach is Holistic reading sessions in order to reveal what is
needed, crystal energy sessions to unblock chakras and finally, palm
readings to have a better understanding of the spirit and soul.